When the New Zealand Prime Minister provided a seven day window for all New Zealanders in Australia to return home n early August as Covid started to take hold in New South Wales, we decided to throw caution to the wind given there was no Delta outbreak in Queensland. Reports ...

When the New Zealand Prime Minister provided a seven day window for all New Zealanders in Australia to return home n early August as Covid started to take hold in New South Wales, we decided to throw caution to the wind given there was no Delta outbreak in Queensland. Reports ...

As many of you know my wife and I are sitting in south-east Queensland on the rather gorgeous Sunshine Coast. Our initial plan was to visit our eldest son, Jack, for a few weeks in late July. As those of you he is helping with your visas know, he and his partner, are at least temporarily, living in Brisbane.

When the New Zealand Prime Minister provided a seven day window for all New Zealanders in Australia to return home in early August as Covid started to take hold in New South Wales, we decided to throw caution to the wind given there was no Delta outbreak in Queensland. Reports in New Zealand that Delta was out of control in Australia were demonstrably false. Not withstanding that within 24 hours of deciding not to fly home, Queensland had  six community cases and we were into a 10 day lockdown.

We joined the exiled. We didn’t however think it would be for as long as it looks like it is going to be.

The silver lining is it has given me a great opportunity to do two things:

1.       Have a good look at this part of Australia. I had never been to Queensland before and Australia to me has always been Melbourne and Sydney. How wrong I have found that to be.

2.       Put myself in the shoes of my clients – when your stay is no longer a short term one - trying to understand how things work, how to access amenities and services and better understanding the feeling of being a ‘stranger’ is something I have wanted for a long time given my day job.

How do you open a bank account? How do you enrol with your local GP? How does the health system work? What are the ‘better’ areas to rent in? What sort of money does one need to lead a decent life? Are the natives friendly?

Over the past six weeks I’ve been living all that.

I do appreciate we are all different and have different expectations, values and aspirations and incomes. I have a very good income by NZ and Australian standards. Like most of my clients moving to New Zealand or Australia we would be in the top 10% of income earners in either country given we both work so it is through that prism that I am viewing this part of Australia.

There’s only around a 4% difference in the value of the two currencies.

First point of difference? This part of Queensland is incredibly ‘white’. I confess it came as a real shock. Coming from a city of close to two million people where 42% of the population was not born in New Zealand and having spent so much time in Melbourne with a similar population profile I was not ready for how monocultural this part of Australia seems to be. It has been suggested to me that might be because there is currently an absence of international students but our time in Brisbane seems to show the permanent population is overwhelmingly 'mono'.

South-east Queensland is incredibly prosperous. To be fair, it is a small part of a very big state and because of the climate it is a place many people seem to come to retire so I'm sure the age demographic is skewed towards those aged 50 plus. I have thought of it more than once as ‘God's waiting room’.

A three bedroom house within 20 km of downtown Brisbane or in the central Gold or Sunshine Coast is going to cost around the same as one in Auckland. That is to say no change out of A$1.2 – $1.5 million. In Australia the listed price for a house does not include the stamp duty that the purchaser must pay. On a $1m property that amounts to roughly $38,500. It goes up from there. Within 30 minutes drive from where I am sitting right now you're not going to buy a decent house for under at A$1.2 million (plus stamp duty). There's no doubt if you want to live miles away from anywhere, you can pick up a housing/land "package" for A$650,000 (plus stamp duty). There is no stamp duty on a property up to $500,000 but good luck finding one of those you’d want to live in. Your commuting costs, unless you can work remotely, are going to increase proportionately to the decreasing cost of buying a house. For those that can work remotely then yes you’ll find the potential for cheaper housing.

In Auckland we are paying roughly $2.40 per litre of petrol. In Queensland it is more like $1.50 per litre. There is however a catch – in my first week in Brisbane I spent A$68 on tolls. They have an excellent road system and lots of tunnels which saves you a heap of time getting around town. I suspect overall however for the people living in Brisbane transport cost would be no lower than Auckland. Or if it is they’ll be sitting in peak hour traffic as bad as we have in Auckland. Great freeway system up the coast. Superior to what we get once you get 80km outside of Auckland

Furniture, clothing, whiteware, TVs - same brands, same stores, same prices. Yes if you want to go digging among the outlet stores you can pick up some cheap clothes and shoes but you can do that in Auckland.

Food is cheaper in Queensland - maybe, but not by much, if at all

Unlike New Zealand which has two (Australian owned) supermarket chains with various sub brands, Australia has three. The arrival of the cut-price German supermarket chain Aldi a few years ago in Australia has clearly and meaningfully disrupted the market here, no doubt about it. Aldi for the basics is significantly cheaper than Auckland. If you are into a weekly shop – which we aren’t – you probably won't get everything you need at Aldi in a single shop and you'll spend time visiting more than one supermarket. If you have the time you might save a few dollars visiting more than one supermarket. Auckland needs another supermarket player.

As a general proposition and speaking as a lover of Barossa Valley Shiraz, I'm paying the same here for wine as I do in Auckland. The range of beer is incredibly limited compared to Auckland. Even at the mega-liquor market Dan Murphys in Queensland (you have to see it to believe it), I struggle to find craft beer and that which I do find is pretty much undrinkable (all in the name of scientific research of course).

Eating out is cheaper - false

Whether we are talking about McDonald's, kebabs, cafes, coffee, restaurants… Queensland in my experience is certainly not cheaper. Eating out is the same price at all levels as Auckland. That means relatively expensive when compared to many other major overseas cities.

Healthcare - jury is out

As a New Zealander I am supposed to enjoy reciprocal health rights in Australia and my health needs covered by the public system. I am in the process now of trying to enrol in Medicare. If we need to be here for a few more months I will need to visit a GP. My expectation of what the cost will be is similar to Auckland given the importance of publicly funded healthcare to Australians is as important as it is for New Zealanders. I’ll let you know!

The climate is nicer - tis true, I cannot deny it.

Of course we are here in "winter" and in summer it is hotter than the hinges of hell. At this time of year however, describing the climate as perfect would not be an understatement. Daytime temperatures of 22–23° with occasional rain is my definition of a perfect winter. Sunny and warm. For those of you from South Africa the climate here is virtually identical to Durban - where "winter" is the best time of year but you pay for it with those sultry, steamy summers. I have long said, and my time here has confirmed, an Auckland summer and Durban/Brisbane winter is ideal. Especially if you play golf… I would not want to be here December through March. Much nicer in Auckland and Northland.

Overall? I like it. A lot. Could I live here? Yes. Would I be better off financially here than New Zealand? I have seen little evidence of that based on the cost of living. If you earned a lot more here to do the same job as in Auckland, then yes, your income would go further but for the ‘average’ Joe, much of a muchness.

Oz when you factor the supperannum and the income sacrifice goes a longer way probably than in NZ.

And in healthcare yes it’s reciprocal but if you require long term care like spinal rehab you’ll be kicked out because you will cost millions to their health care system. But if you are an australian citizen or resident coming to NZ no problem. Guess it’s not reciprocal after all unless you become a resident as a next. 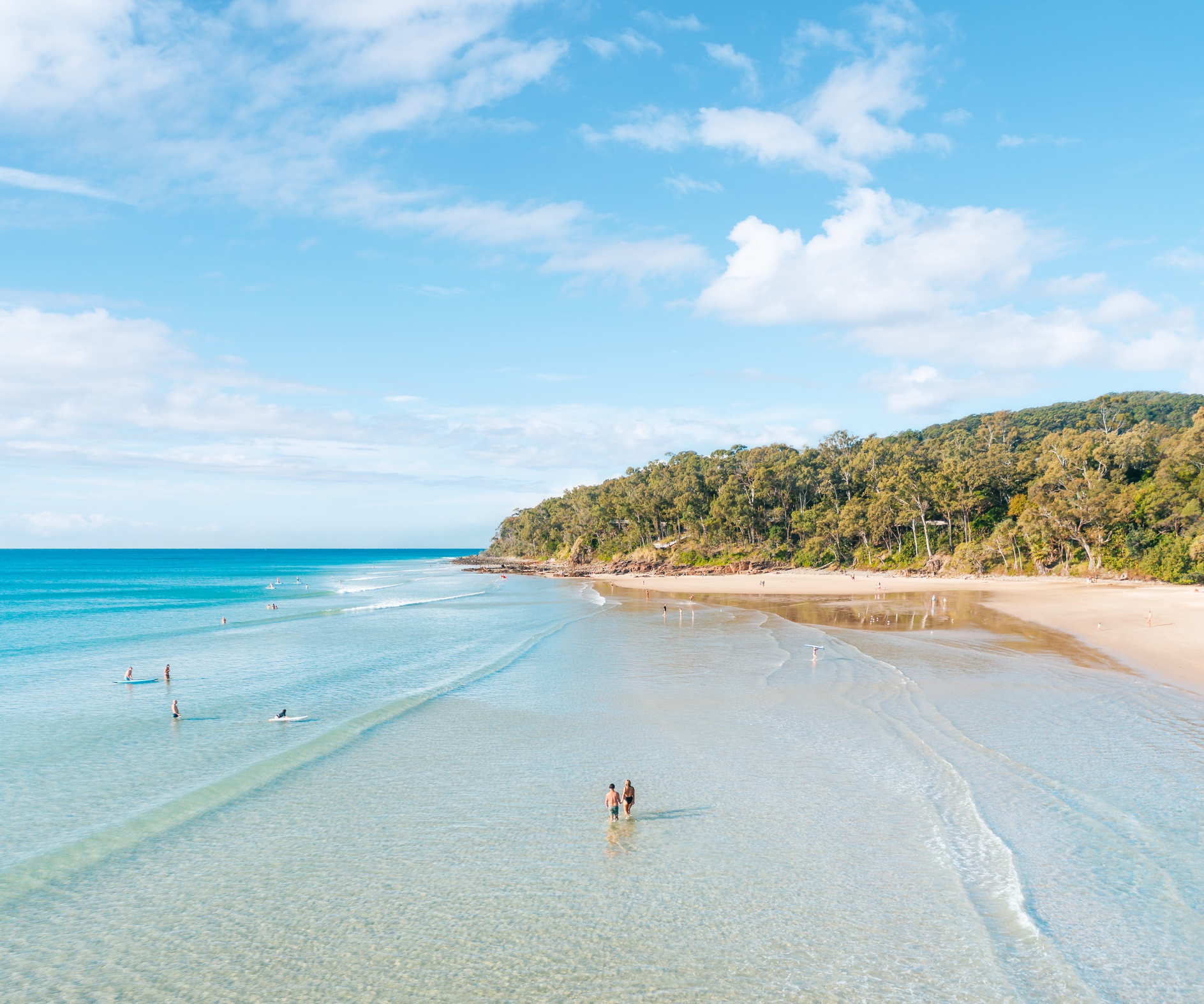