As usual much has been written about the changes and as usual most of it is garbage expressed by those who don’t know terribly much about that upon which they pontificate. Migrant groups, unions, Government - everyone has commented as far as I can tell except employers themselves who have the most to gain or lose when we are talking about filling vacancies in the labour market.

My analysis suggests little is actually changing - as usual - a lot of smoke and mirrors and political posturing. The Government is spinning this as making it easier for '30,000 businesses to recruit migrants'. I doubt that for 80% of work visa applicants anything is about to get easier - quite the opposite. Ditto the overwhelming majority of NZ employers.  As always what isn’t being said is as interesting as what is.

To be clear there has been two work visa change announcements this week which has added to the confusion - both are unrelated to one another.

1. Talent Visa for an accredited employer — This only sees an increase in the salary required to obtain a Talent Visa for an ‘accredited’ employer, from $55,000 per annum currently to $79,560 per annum. This change takes effect on or about 7 October. Employer accreditation will be limited to two year periods (renewals of late have been up to 5 years). That’s as far as those changes go. There is still a Residence from Work pathway for those on Talent Visas and this is not being absorbed into the new ‘employer led’ work visa.

2. Employer led/focussed work visa - announced but still under ‘design’ - Government speak for we have an idea but still trying to work out how to roll it out. I wrote about this back in April as I assisted an industry group to make submissions on the proposed changes to this more employer focussed approach to work visas which adds another layer of complexity to what we already have for I’d suggest 80% of work visa aspirants.

All employers will be required to become ‘accredited’ - whether it takes that name remains to be seen given it will no doubt cause confusion with the current accredited visa [see above] following an application whereby they are vetted and deemed responsible and trustworthy enough to employ migrants. This is new and another level of complexity.

Once and only once (so how quickly INZ can process these applications will be critical) they have this special status can they then offer positions to migrants. If they are in regional New Zealand (currently defined as everywhere but Auckland) and the migrant is going to be paid an effective hourly rate of at least $25 per hour (a pandora’s box if ever there was one) then the requirement for a ‘labour market test’ by which the employer must prove they have tried and failed to recruit locally, will be dropped.

The labour market check will remain however for jobs not on skill shortage lists in Auckland, Hamilton, Wellington, Christchurch and Dunedin (the logic of which totally escapes me given I imagine 80% of NZ job vacancies are in one of those five major cities). Why Tauranga is not on that list is as surprising to me as why Dunedin is…..

By and large then, for the significant majority of skilled migrants seeking residence with a job offer, the status quo applies on proving you are not denying a New Zealander a job opportunity before you will get your work visa. Resident Visas already demand a salary minimum of $25 per hour.

For those under that $25 per hour threshold in the ‘regions’ (to whom residence is not a possibility so we are only talking short term workers staying for a finite period of time before heading home), the labour market test will remain. This appears to provide greater focus on the lower end of the labour market on farms and orchards where migrant ‘exploitation’ (a topic this Government is obsessed about despite publishing little evidence it is a problem) is more likely to occur.

The strange thing is if, as I suspect, much of the motivation for these changes is being driven by the Government’s obsession with ‘migrant exploitation’, when it happens, however much it happens, it seems an awful lot takes places in ethnic restaurants, liquor and convenience stores across the major cities and Auckland in particular….not small town or rural New Zealand.

What this will of course do is to prompt employers around the margins of the $25 per hour threshold to offer migrant workers pay rises (no bad thing if you are a migrant). If they have to pay ‘lower end’ migrants more to get work visas without a labour market test I imagine part of the Government’s thinking is that maybe that will encourage more employers to try harder to find that young Kiwi and employ them instead (no bad thing if you are a young enthusiastic New Zealander looking for a start in life picking strawberries).

I would say beware all those with job offers under that $25 per hour of income though, where I imagine employers will be forced to better demonstrate an inability to train up locals for the position being offered to the migrant. It is policy today that all employers, apart from those offering jobs to those on a regional or long term skill shortage list, to demonstrate they cannot train a local for the role. I wouldn’t say this criteria has been ignored but it certainly appears to have been glossed over in most assessments we see done by the Department in recent years.

I can imagine for those earning less than $25 per hour and even possibly for those earning over that, the Department will start issuing ‘letters of concern’ that locals should be able to be trained and that employers aren’t trying hard enough to up skill and train locals.

All of which presumes there are locals who are available to be trained.

Ask any business that offers work requiring hard yakka under a burning summer sun and/or accumulating grime under fingernails like horticulture or agriculture, how easy it is to attract young Kiwis to take up these sorts of roles. Or the small town workshop that offers apprenticeships.  They will tell you that for the most part it is impossible - many youngsters are simply not interested or if they start training they so often don’t see it though. Something like 74% of all Government subsidised apprenticeships in this country are never completed. In the horticulture sector, already growers are petrified that this year, like last, their crops will rot in the ground because there is no one to pick the fruit.

The truth is NZ does not have an unemployment problem - those that are unemployed today are by and large unemployable for a variety of reasons. It is hard to understnd then why even more layers of red tape are being added to the process to fill vacancies with migrants.

There will no doubt be other unintended consequences that such changes always unleash and which will become apparent over the next 18 months or so as the new policy is rolled out.

I am Mohamed Wajid Saleem age 49 having good Expirence in AutoCAD & Microstation for 19.6 yrs
Previously worked for Saudi Siemens Ltd for 13 yrs and local companies in Saudi Arabia like Alaarab Contracting company, Albabtain Contracting co. & Meedco.
Hope I will get a chance to work in New Zealand

I am a telecom engineer(10 years exp), a Senior electrician artisan lv/ hv (7years). I have been trying to get new Zealand jobs under skill worker with no success. I would like to work and contribute economical in newzealand. Is there any employer who can sponsor me to come and work in newzealand. I don't find work in south Africa, I am unemployed since 2017. I would like to explore South Eastern countries. Immigration laws makes it nearly impossible to criss cross countries in pursue of better opportunities. If I can be helped to find any labour work in newzealand, that would be my dream come true. I know I have lot to offer in any role given to me. My CV is readily available for any job. My email address is: russ.mqadi@yahoo.com 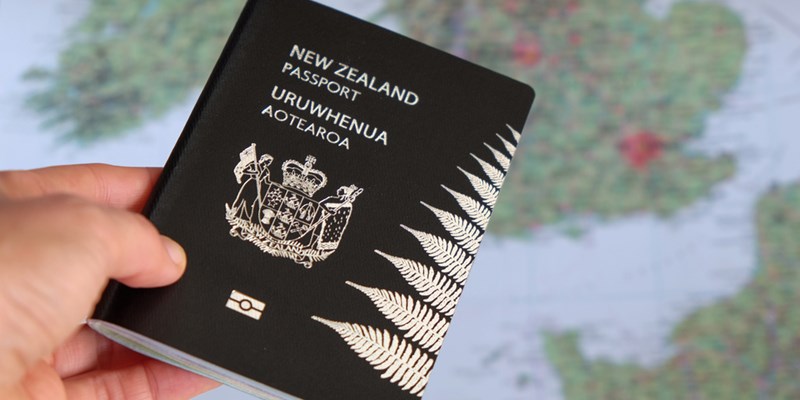