Kia kaha. In Maori this means "stay strong”. It is one of those terms that has found its way into every day usage in New Zealand. I love it. It speaks to where I come from and the work that I do. People everywhere are freaking out over the skilled ...

Kia kaha. In Maori this means "stay strong”. It is one of those terms that has found its way into every day usage in New Zealand. I love it. It speaks to where I come from and the work that I do. People everywhere are freaking out over the skilled ...

In Maori this means "stay strong”. It is one of those terms that has found its way into every day usage in New Zealand. I love it. It speaks to where I come from and the work that I do. People everywhere are freaking out over the skilled migrant resident visa allocation and processing times, frightened by what the government might do.

At my seminars I like to paint a picture that migration is like climbing Mount Everest. It takes a lot of good planning, careful execution, patience and courage. Mental toughness is rewarded. Migration is emotional, logistically complicated and generally expensive (as in, employ a cheap mountain guide, or no mountain guide at all and your chances of summiting Mount Everest are significantly lower — indeed that decision to do it on the cheap may cost you your future).

Migrants are always tested but never more so than today in New Zealand where allocation and processing times continue to get longer and longer. I have written recently something has to give in terms of what is going on with the skilled migrant category. Foolishly the government cut the number of resident visas they wanted to approve last year but left the points pass mark at 160.

Demand is not diminishing, nor increasing (as incorrectly claimed by the Minister of Immigration recently), but by cutting numbers while keeping the pass mark the same, has led directly to these processing backlogs - most skilled migrants are going to be waiting 18 to 24 months for their residence to be allocated, processed and approved unless they work in an occupation for which they have NZ registration or are earning at least $104,000.

Backlogs in and of themselves don’t necessarily suppress demand. Having dealt with the Australian system for some years the significant majority of resident Visa applications take 18 to 24 months to process. The big difference between Australia and New Zealand however, is none of those people wanting to move to Australia have sold their houses, given up their jobs, given the dog away to their neighbour, found employment in Australia and are now sitting waiting and worrying over their Resident Visa outcome. They are all still sitting at home getting on with their lives. All the people affected by the backlog in New Zealand, are in New Zealand on work visas. They have burned plenty of bridges to be part of the Government’s residence programme (that curiously they still spend millions of dollars marketing).

These NZ migrants cannot make any long-term decisions. Many have children finishing school and wanting to go to university during the waiting period and the majority simply cannot afford to pay international fees for university. Many are having to put on hold decisions to buy houses. Some might be stuck in jobs that are not ideal but serve the residence purpose.

I find we have two kinds of clients. Those that simply suck it up, and get on and enjoy life in New Zealand having faith we know what we are doing and residence is a matter of when and not if. They appreciate the delays are not of our making. As possibly the best Advisers in the game they appreciate that all we can do is to ensure that we file decision ready applications which is what we do.

Then there is the second kind. These are the people that take it out on us. Thankfully they are a minority but it isn’t very pleasant being blamed for changes in the rules half way through the game - when we don’t write the rules. There's nothing we can do to make the government go faster but we along with the entire industry has made it very clear to the government that the current situation is unsustainable and ignoring the problem will not make it go away.

Ultimately however it is the Minister that sets the pass mark to get out of the skilled migrant pool and it is the government that sets the criteria to qualify as a migrant. As I have written about recently I have no doubt some plan is being hatched in Wellington to deal with the situation. My major concern is the solution might be politically expedient rather than economically sensible.

Every single skilled migrant requires a highly skilled job to get into New Zealand. Employers the world over prefer to employ locally simply because of the perceived or real hassle getting visas. That means the government has in that backlog people who have been able to break into the labour market, secure a job for the most part against the odds, and that says one thing and one thing very clearly - their skills were desperately needed in New Zealand by that particular employer because no employer I’ve ever dealt with will play the visa game if they can avoid it. That reality seems lost on the politicians - or they choose to ignore it for political gain.

Obviously the simplest solution is for the government to increase the number of resident visas they will issue and clear the backlog. Sell it as a good economic news story, for that is what it is. Too many jobs, not enough Kiwis to fill them.

I was thinking the other day that another solution could be to return to the multi passmark system we used to have. The way things used to work was that applicants were ranked not just on raw points total as they are today, but according to what we deem more important and valuable e.g. claiming points for a job in an occupation on a national or regional skills shortage list, or having a partner with a skilled job offer, or higher salary - the criteria themselves could be ranked. Then, at least, it is transparent.

Or consider prioritising processing in terms of the points score that people claim. The more points you claim the faster your case could be allocated. The obvious problem with that of course is people would start claiming points they are not entitled to. I would then adopt the Australian approach – a bit of a scorched Earth - if you claim it and you can't prove it you’d be declined. That would force people into getting it right up front and first time but the flip-side of that is it would require immigration officers to understand their own rules completely — and we know how bad they are at that. It is however worth considering. It would certainly force migrants to make sure they have the evidence of their points claim before filing an Expression of Interest in residence. That alone should cut down on applications that are always doomed to fail under the current system.

A simple across-the-board increase in the pass mark would obviously decrease demand for the available places but equally it's going to deprive the labour market, particularly in Auckland, of skills desperately needed that we do not produce ourselves as a country.

And that makes the simplest solution, the best. Recognise that the skilled migrant category rewards those that are able to break into a labour market that is, owing to the disconnect between employers wanting people to have work visas, but the government not wanting to grant work visas without jobs, seldom easy. The annual target of resident visas allowed to be issued should simply be increased — at least while the Government comes up with a better idea that does not hurt the economy. The government backtracked on infrastructure spending recently, perhaps they should backtrack on cutting skilled migrant numbers as well - and take the heat they will rightly get for making silly, politically motivated decisions in the first place.

If they were to do that and the economy keeps growing, then of course it creates more jobs. So arguably the problem never goes away. It’s a valid point (unless and until we can create the skills we need locally). The government should recognise that with that would come an increased demand on infrastructure, schools, roads, housing and everything else that would come with a growing population.

Well, here’s a thought — how about a population policy?

What this situation shows is it is a complex issue and you can't solve the problem unless you have an idea about how many people we want to share this land with and that demands a population policy which New Zealand has never had.

And no New Zealand government wants to have a discussion about what our ideal population might be.

So we find ourselves in a situation where the government sits on its hands when it comes to this critical issue and I continue to fear they will do something really really dumb.

Some positive news to end, however. Visitor Visas now seem to be being issued once again and we have had at least one issued this week for a South African client that was filed in mid-January.

That's a real relief for us and our clients looking to come over and find jobs.

Remember, migration is stressful and our jobs at IMMagine exist because the process is legally complex, logistically challenging and emotionally very tough. Don't start the process if you're not up for it because there's no point getting halfway up that mountain and turning around and going back down again.  And migration is as much political for any country as it is economic so you will always be at the whim of self-serving politicians (or well-meaning but simply stupid ones) until that precious resident Visa is in your passport.

For migrants to be one of Darwin’s ‘winners’ it takes the creation of a good strategy (usually incorporating a Plan B), a steady nerve and listening to the advice that you are paying for. In our case it's normally spot on and we continue to enjoy watching over 98% of our clients come to New Zealand and find skilled jobs and go on to secure their residency.

Even if now, it is going to be a two year process.

Some positive news to end, however. Visitor Visas now seem to be being issued once again and we have had at least one issued this week for a South African client that was filed in mid-January.

Regarding the above quote...

We have booked a ticket for 2 March without visa approval (after reading your blogs, we see that this was rather foolish).

We hope that the visa approval with come through before then. Question is...how long do we wait before changing the ticket? Based on your current knowledge of the situation, should we be concerned? 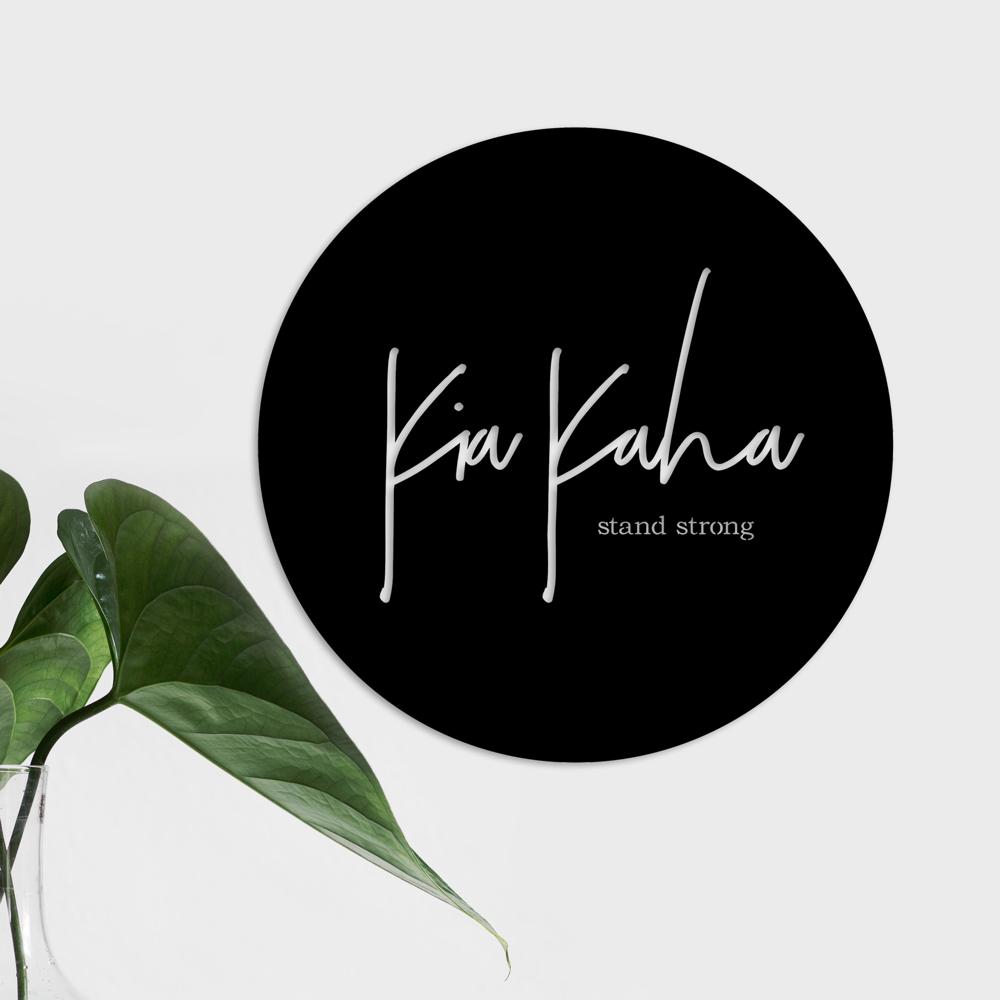