Is New Zealand closing its doors to immigrants once the great deck clearing is complete?

I find it puzzling that some in our industry and many among the social media chatteratti believe that once the Government gets through receipting, processing and approving the 165,000 residence visas it says it will by the end of 2022, that is the end of migration as we know it to New Zealand. There are those that believe New Zealand does not want migrants any longer.

I appreciate that the Government has not done anything to demonstrate in recent years it values the contribution of migrants but political ineptitude and economic reality are two entirely different things and the signals should not be confused.

Let me tell you why I think it is dead wrong to think New Zealand’s future might not include similar levels of migration than we have required in recent years.

Unemployment is sitting around 4% which means if you want to work in New Zealand you can work in New Zealand - irrespective of whether we are talking about picking fruit, building houses, auditing firms or helping put satellites into space. Unemployment that low demonstrates that even during the pandemic the economy has remained fundamentally strong underpinning strong job growth.

Literally thousands of jobs are being created and going unfilled in recent months. In the IT sector alone since the border closed in March 2020, something in the order of 7500 jobs have been created that have gone unfilled. Every one would have to have been filled by a highly skilled migrant. Not having those skills sets is holding the country back.

We can’t magic these skills sets up out of thin air.

Right now all that is happening is a game of musical chairs where those in the labour market in areas of acute demand are being enticed to take up new roles with better pay packets and packages. There is evidence in the market of software developers seeing salaries more than double to keep them in roles. The $85,000 a year job has in some case just become the $200,000 a year job.

This is great for the employee obviously and the more we pay the less likely we are to leak skills to other higher paying economies like Australia or elsewhere.

It is however, among other things, inflationary. New Zealand’s current inflation rate is 3.3% but the Reserve Bank has signalled it expects it to hit 4% by years end. Under its mandate inflation must be held to between 1-3% on average over the medium term. Last week the Reserve Bank increased interest rates and the retail banks all followed with their bond/mortgage rates. New Zealand is the second developed economy, after Norway, to do so. While interest rates are still incredibly low and highly stimulatory, the trend is clear - they are going up and they will continue to go up.

Keeping inflation under control is not being helped by choked global supply chains where the cost of shipping goods has grown exponentially during the pandemic. That is adding to prices all around the world but particularly to countries like New Zealand which are off the beaten (shipping) track.

At the same time we have an education system that is not delivering the skills that we need and that is in part owing to a belief that once school is done with if a young person wishes to go to University, Technical College or similar the Government subsidises all courses equally. The first year of university is free, literally, and in the following years the Government stumps up around 75% of the true cost of the course and makes interest free loans available for those that can’t find the rest. The result is we produce a lot of skills we do not really need. We see University as a right and not a privilege. It’s more something a lot of young people do rather than seeing it as a way to produce the skills the country is chronically short of. I cannot see that funding model changing any time soon despite the strong argument that if we don’t want immigrants we simply have to encourage, somehow, our own into careers they might not have chosen. Even if there was some seismic political shift in thinking on that score it’d still take years to develop the local skill base.

Currently we produce only around 50% of the Engineers the industry requires to fill the vacancies that are created each year and that has meant over the past 18 months the shortages in the labour market are simply getting worse and worse as we cannot get many Engineers across the border.

We produce only 50% of the IT workers the industry requires. The border has shut out those that we would usually let in to fill the vacancies.

At the same time New Zealanders demand world class infrastructure, internet, hospitals, schools and treatment whenever the cat has a sore leg.

Printing and spending $50 billion of new money and the nimbleness of many New Zealand businesses adapting to the pandemic has kept the economy strong but ultimately we will only pay this money back and get back on our feet by increasing productivity, increasing the value of our exports and doing what we do really well - innovate and take on the world.

The New South Wales Government in Australia is about to call for a national immigration surge of 2 million people (roughly 400,000 people a year) to kick start the Australian economy. This is going to take planning and execution of a national strategy the size and scope of which has not seen since the end of World War II. Just thinking like this illustrates the difference in thinking between New Zealand and Australian politicians.

Where they think ‘big,' New Zealand seems to endlessly navel gaze and all the while the population continues to age. New Zealand politicians are timid. There are many good reasons why New Zealand with only 5 million people might choose to get bold and plan to double its population over say 20 years. It’s not as if we don’t have the room and done properly, taking into account the massive investment in housing, roading, rail, health and education that would require, would be an amazing nation building exercise. It isn’t as it we’d struggle to get people wanting to join us.

While I don’t expect that such a big bold plan would happen in New Zealand, what a future it might offer if we did!

In the meantime the Government will tinker with its skilled migrant policy settings but it will not close the doors. Because, quite simply, it can’t.

Thank you Ian for your perceptive and analytical summary of your (hopeless?) situation in NZ. 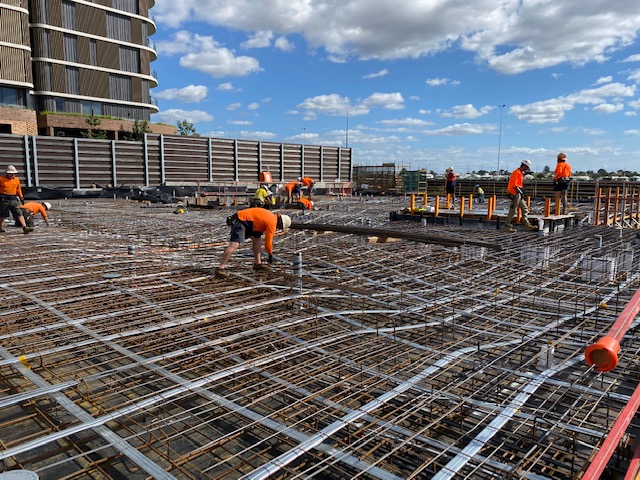