It’s our bottom line advice to those looking to move to New Zealand or Australia and who believe they have the skills or capital that the Australian and New Zealand Government’s traditionally have sought out. If you leave it too long till borders are fully reopen not only might you be waiting a long time but you might also be caught up with hundreds of thousands of people looking for the ‘arrivals’ door at airports across New Zealand and Australia.

I cannot believe over the past six months how many people are contacting us, now desperate to leave wherever they are and join us on one of our islands. For islands, even big ones like Australia, are currently viewed as the safest places to be during a global pandemic and beyond. Not hard to control the border when you can simply shut down flying. If Trump is re-elected in the US, Boris continues to stuff up Brexit, Europe continues to groan under the weight of illegal migrants and legal refugees, South Africa continues its inexorable economic decline, Hong Kongers realise the BNO passport might not be the answer to their China fears and Singapore battles with its economic recovery, we will continue to be busy as people’s priorities continue to shift. Countries like New Zealand and Australia with lower population densities, solid health systems and sensible Governments are simply going to become more and more popular.

The fact that the Australian Government has already signalled that it is not cutting permanent residence quotas this year and next is telling. Over the past quarter century a significant percentage of Australia’s GDP growth has come from the two ‘M’s - ‘mining’ and ‘migration’. The PM has already signalled it is his (wise) intention to let business, rather than Government, dig, literally it seems, Australia out of its recession. China is back buying up lots of ore. Migrants consume - all need houses, cars, flat screen TVs and lounge suites - and therefore spend money when they get off the plane which explains why Australia doesn’t want to cut and continues to process residence cases.

I am pleasantly surprised by this given Australian unions have enormous and disproportionate political power and in times of rising unemployment in Australia you’d think they’d be arguing for the labour market drawbridge to be pulled up. The unions might well be but the wind is blowing nicely at the back of the pro-business federal Government that has increased in popularity given its handling of the virus. Any calls for restricting migration are for the most part being drowned out.

In New Zealand and as I wrote last week, no political party has signalled what it is going to do with immigration policy settings or quotas if it makes it to the treasury benches next month. My guess is the Labour Party will be governing with the Green Party. If that happens you can expect no real change to immigration policy settings - strangely immigration simply doesn’t seem to be part of either parties social or economic policy mix despite the current economic downturn. The National Party seems to have no ideas on immigration and the changing needs of our labour market which signals status quo if by some miracle they form the next Government.

If and when international travel starts again the smart migrant will be prepared. They will have their papers in order and their bags packed. The competition for available and limited places is only going to heat up when (if) there is a vaccine even if that prospect is still 12-24 months away.

We are working hard with over 600 families many now who have heeded that advice, see the logic and are getting prepared.

Those that have options in Australia can still file their permanent or provisional residence visas and we are filing many. Preparation, lodging and processing times for Australia is still running around 15-18 months to approval with the thick end of a further year on top to get to Australia to activate the residence so those getting things underway now will be well placed when the Aussies allow those with PRVs to enter Australia (right now they are extending deadlines for those with them to travel, as is NZ).

The current NZ Government recently said that skills shortages would ‘primarily’ need to be addressed from within New Zealand. I thought it took four years to train an apprentice, to complete a Bachelor of Education degree, five years to complete an Engineering degree (if there is an intermediate year), ditto Veterinarians and at least six years to complete a medical or dental degree. What do they propose we do in the meantime if we need to see a Doctor or Dentist or we actually decide to start building some of the billions of dollars worth of infrastructure projects this lot keep harping on about? We don’t have the skills in the quantity we require.

The immediate challenge for the next Government in New Zealand is whether they are going to adapt to the new needs of the labour market - both skilled and less skilled - or they are going to stick with the current ‘get a skilled job and have enough ‘points’ and you are in’ strategy.  In many respects the NZ system makes more sense in a non Covid world than the Australian one as ours is labour market driven. In NZ the system is self correcting - if there aren’t enough people to fill annual quotas because they cannot get jobs, the pass mark can fall. If however demand increases, as I can see happening when the border fully reopens, the opposite should happen and the pass mark should go up.

The big problem with this Covid world however is it is virtually impossible to manage that demand. This time last year the problem was too many jobs being created in NZ and not enough locals to fill them and therefore huge demand for migrants. Now, although unemployment is only 4% and that demand will have fallen as employers nervously try to map their future employment needs, skills shortages are not going away any time soon and to suggest, even in the heat of an election campaign that employers should fill jobs locally is wilfully ignorant of where the skills pressure points are in the labour market. If the Government is re-elected and continue that line, businesses will not expand - they won’t be able to. We rely too heavily on importing the skills we don’t produce enough of.

The reality is rising unemployment is not going to solve the bulk of our skills shortages. At IMMagine we are constantly being approached by recruiters asking if we can get border exemptions if a foreign candidate gets a job - particularly in the trades, Engineering, teaching and IT.

What our next government must look at in the short term is granting border exemptions to a far greater number of occupations than they do now. People are still being offered jobs here but for the most part rely on some low level state functionary to grant a border exemption to travel here to take up the job. And that process is dogged by inconsistent decision making.

As businesses in New Zealand learn to live with the virus (as clearly there is no alternative, eradicating is a pipe dream) employers are going to have to be able to bring in those skills we still don’t have, rising unemployment or not.

The smart migrant then will be ready and waiting. Prepared. Avoiding the ever growing pack queuing up behind them.

I always wish New Zealand success. I know that it is strongly and is overcoming all problems now. We must work with strength from all people within a country. I respect the people and the government of this country. I hope to work soon with high skills. Thank you.

I spent 3 months in New Zealand middle of last year and already the recruitment and placement agencies were experiencing 4~6 times more applicants than usual, mostly from Europe, Hong Kong, and South America.

I spent my time there staying at backpacker lodges in Wellington, Auckland, and Christchurch, and I spoke to many of my fellow migrant job seekers, the story was always the same.

The Europeans, particularly French, Germans and Spanish were looking for better prospects away from the flood of refugees, and had concerns about terrorists hiding among the refugees. The common thread there was that refugees/ maniac bombers have to get through Australia to reach NZ.

Those from Hong Kong and South America were expanding their options away from all of their domestic political unrest.

Even the large American contingent were willing to "put up with" lower pay in exchange for more affordable standards of living, and a bit of distance from what most saw as a political disaster, neither Republican nor Democrat government being a good option in their general opinion.

Good luck all the same :)

Sept. 27, 2020, 9:59 a.m. by Iain MacLeod
You make a good point and one I hammer home every time I do a seminar or a private consultation - just because someone might decide they want to live in NZ or Australia, doesn’t mean Australia or NZ will decide it wants them. Ultimately migration is about having the skills, language and culture the Government and employers of the day wants. In truth I see no evidence the NZ or Australian Governments give two hoots about what’s happening in Britain with Brexit, Europe and refugees, South Africa and economic collapse or Hong Kongers loss of freedom. We are not unique in this regard. If I wanted to move to Germany, Johannesburg or Jacksonville in Florida, could I? Immigration is political and always centred on the domestic optics of letting anyone in.
Reply to this comment 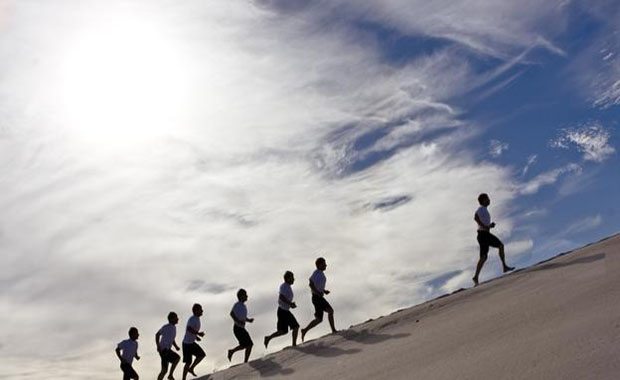