If they were to now even be seen to allowing more people to enter the country, when all they might do is fill their own quotas/targets I have no doubt the media would tear them to shreds. If there is one thing the media does not like it is hypocritical ...

If they were to now even be seen to allowing more people to enter the country, when all they might do is fill their own quotas/targets I have no doubt the media would tear them to shreds. If there is one thing the media does not like it is hypocritical ...

During last year's election season when there was much talk from the politicians of toughening up on immigration to New Zealand and ‘cutting’ or ‘slashing’ numbers (depending on who was dispensing the hot air) there was one simple reason I suggested it was never going to happen.

Solid economic growth and job creation at almost unprecedented levels demanded no cut, in fact economics very much pointed to demand led increases in skilled migration levels. New Zealand needed every skilled migrant it could get its hands on.

Alas, economics and politics of course are often not comfortable bedfellows.

Fast forward 12 months and job vacancies are up 9.4% over this time last year across virtually every sector in the economy and every region. The economy continues to fire.

The unemployment rate is currently 3.9% which is among the lowest in the developed world.

Walking through Queenstown last week, it seemed every other retailer, restaurant, pub or action/adventure business had a ‘staff wanted’ sign in their window.

What is even more impressive than 3.9% unemployment is that labour market participation rates are at historic highs. By this I mean, we now have around 70% of all those that fall into working age, working. It hasn’t been higher in recent history. This means everyone who wants to work or can, is.

Even in the United States where much is being made of similarly low unemployment rates, labour market participation rates are only in the low 60%s and have been falling in recent years. This tends to suggest in the US there are many people who have given up on finding work and have simply dropped out of the labour market. The opposite is true in New Zealand.

This doesn’t mean that as a potential immigrant you can expect the precious job you need to gain residence offer over Skype and the employer will wait six months for your arrival.

The no visa/no job but no job no visa ‘chicken and egg ‘situation is still very real. I have noticed this year however that more and more employers appear willing to interview via Skype and to offer positions when they cannot fill them locally, which is increasing. Depressing numbers still won’t engage the migration process, however.

In particular I am seeing more willingness to engage with people not in the country in regards artisans/tradesmen and in particular electricians and mechanics but we are also seeing a lot of construction and engineering related occupations as well - quantity surveyors, construction project managers, carpenters and the like. Teachers continue to be in hot demand and I think over the next year short of any international economic shock we will see more occupations being added to this list.

The rest of our clients coming to NZ to find work are overwhelmingly getting them - it is still around 90% within three months of landing and almost everyone within six.

What continues to confound me is the government has not allowed the pass mark for skilled migrants to fall from the current 160 points. This, despite the fact that the government was around 9000 skilled resident visas short in the year ending June 2018 in terms of filling their own target.

What that clearly indicates is a political sensitivity given those that are currently governing are those that squealed loudest during the election process last year on cutting back immigration.

If they were to now even be seen to allowing more people to enter the country, when all they might do is fill their own quotas/targets, I have no doubt the media would tear them to shreds. If there is one thing the media does not like it is hypocritical politicians.

Overall however, the fact that net migration is falling, any objective assessment makes it clear the government would now be justified in easing that skilled migrant pass mark which would allow more people to qualify for the Job-search Work Visa without needing a job offer first. Right now only a tiny fraction of all skilled migrants can attain 160 points without the offer of skilled employment.

Net migration is falling because of the way a migrant is defined.

A migrant is not somebody coming to New Zealand to settle permanently with a Resident Visa, but rather someone who intends remaining in the country for at least 12 months.

You can therefore add virtually all international students and most work Visa holders to the list of those defined as being ‘immigrants’. Of course, to you and me someone on a temporary visa with no right to remain long-term is not likely to be viewed as an immigrant. Such is the world of statistics that they are. As the government has very successfully pulled the rug out from under the feet of tens of thousands of international students who were promised a pathway to residence of New Zealand if they spent lots of money to complete the first step of the residence journey, they are now leaving in their droves after not being able to secure appropriately skilled employment to get to 160 points. While that is very bad news for them it does give the government room to manoeuvre politically to open things up for the more highly skilled and experienced (our clients).

I cannot however see the government moving away from the current model whereby securing skilled employment will still be the guarantee of a resident Visa. As hard as that makes it on applicants I continue to support that approach as it means New Zealand is only granting residence to those who have demonstrated an ability to break into the labour market.

I often describe the process as being quite Darwinian insofar as the skilled migrant process is all about the survival of the fittest/most employable.

The migration landscape is changing once again and now that the hot air of the election has dissipated and the people that voted for those parties promising migration cuts can see that we don’t have the skills to fill the vacancies being created I can but hope the Government does the right thing and eases the entry points.

I am not however holding my breath.

Unfortunately, policies (at least in AU) are so catered towards emotional, nationalistic sentiment that stats don't seem to matter anymore.

Low uneployment rate doesnt mean good economy and forward. Reason why sudden low because of tightened requirements and qualifications in getting SMC VISA WITHOUT JOB OFFER. dont care of SMC WITH JOB OFFER just yo get in to NZ, they dont deserve to be in SMC. SOME WERE referred by friends working in that company. Anway, Soon companies will think twice to move out NZ. Coz no much right people to hire. Frankly speaking, economy of NZ has just slowed down.

But. I have no objection in the passing mark. Should be like this.

I have been in New Zealand on a work visa for almost a year now in the construction industry. It’s so exciting to see so many projects going ahead. I am noticing though that there is a distinct shortage of skilled artisans, machine operators, more so than the project managers and engineers.Without these guys that physically get the work done all the projects are going to become drawn out due to lack of correct manpower . And that will be a real pity! Your point on points requirement too high is spot on. If a limited visa of say 3-6 months with certain restrictions could be granted for potential employment until a job was obtained this may solve the no visa/ no work dilemma.

Nov. 23, 2018, 7:36 p.m. by Iain
If you knew how often I had suggested to successive governments they can easily solve the chicken and egg situation you'd be amazed.... Balancing the risks to the border, sorting out the serious from the not and providing employers with highly skilled applicants with work visas is actually simple. Let those that have the points but for the job offer, file their Expression of Interest, get selected and EOI claim checked for 'credibility', invite those that look credible to apply for residence, let them file and process their entire resident visa application including health and character checks and then, and only then, give them an open work visa for no more than three months - if they find their skilled job in that time, they get their residence, if they don't, they go home..... chicken and egg solved just like that without compromising the 'risks' INZ perceives in letting people in who might not leave if they don't get work. What the issue with this no one in has ever been able to tell me.
Reply to this comment
Nov. 29, 2018, 5:47 a.m. by Noor rooble hassan 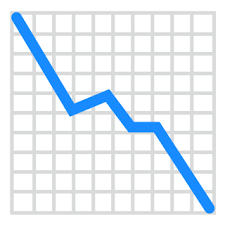