Who would be a politician? For some reason there is plenty who would. It is certainly in my family’s blood. We have had a Minister of Public Works among us many moons ago...

Who would be a politician? For some reason there is plenty who would. It is certainly in my family’s blood. We have had a Minister of Public Works among us many moons ago...

Who would be a politician?

For some reason there is plenty who would.  It is certainly in my family’s blood. We have had a Minister of Public Works among us many moons ago. Did roads and tunnels etc when there were few of either. My Uncle stood (unsuccessfully in the end) for Parliament but has remained deeply involved in politics most of his life.

I recall asking my very first private sector boss, a former Minister of Immigration, as a fresh faced ideological leftie right out of university, if when he successfully ran for Parliament he thought he could change the world. He answered ‘Of course’.

He went on to explain that every good idea would be watered down and then further diluted as every potentially affected bureaucracy commented and picked apart what was often a very good idea adding or subtracting pieces important to them leaving a rump of an idea.

Everything trended toward the status quo. Slowly.

He retired from politics when his party was unceremoniously dumped and became an Immigration Adviser. He spent the next 20 years of his life attacking the bureaucrats he once ran and supported. I sometimes thought they had actually driven him mad. I will never forget him storming up the office hallway yelling that ‘If they want war, they will get a f****ing war!!!’

The irony never escaped me. The anger frightened me.

Little has changed with who really runs the government and the damage they can do.

The aforementioned Uncle once explained to me as an avowed Communist at age 10, there are two Governments, the permanent and the elected.

- What do you mean, I asked. I thought in a democracy we, the people, get the Government the majority want?

Yes, he (probably) sighed, thats the idea but not the reality. Politicians come and politicians go, what they really want is power. But the real power lies with the civil servants, they don’t come and they don’t go, they are always just… there. Running the real show.

Fifteen years after that conversation along came that classic British TV show ‘Yes Minister’. It was far closer to reality than most might ever appreciate.

Right now New Zealand is run by career politicians. There isn’t, as far as I am aware, a single Minister who has ever held a private sector job, let alone had to put their house on the line so they could run their own business. Yet they think they know what is best for all of us. They convince themselves they are making a real difference because they know what is wrong and how to fix it.

Yet, so often they are blinded by their own hubris. By and large they do what they are told by the civil servants. The permanent government that largely acts in its own interests.

A case in point is the upcoming so called immigration ‘reset’ which has been recently re-labelled a ‘re-balance’ (and the difference in language should not escape anyone). I am predicting pretty much ‘status quo’ because the officials have no more clue about the real world than their political ‘masters’. The trend is always to the status quo.

In July, once the window to apply for the fast track to residence RV2021 closes, the Government is set to announce the details of the new Skilled Migrant Residence Programme including changes to criteria and annual visa caps and quotas.

The Government, has no doubt been getting ‘advice from officials’ from many Ministries about what the ‘ideal’ number of skilled migrants might be, what the perfect profile of that migrant might look like (it usually looks like them - a fluent English speaking university graduate) and where they want those migrants to settle in order to reduce pressure on infrastructure, reduce traffic congestion, pressure on education and health systems and increase housing affordability.

I suspect they will come up with a residence programme that confirms roughly the same number of migrants that they say we wanted when they closed the border - something around the 25,000 per annum mark. As I have written elsewhere I suspect they will ‘tweak’ the criteria but numbers will remain about the same.

The real starting point for any discussion on reset or rebalance of ‘numbers’ however should be ‘How many people do we think might actually want to come and live here? Has Covid changed perceptions? Have our actions in recent years changed perceptions’ (answer to that last part is a resounding yes).

The starting point seems to be ‘Everyone wants to come here!’ so deep does their delusion run.

Australia is ramping up immigration big time and they never closed the doors during the pandemic as NZ did. They have not laid blame of increasing house unaffordability at the feet of migrants as we did. They don’t ‘blame’ migrants for pushing down local wages. Canada was up and running months before Australia. Britain is welcoming tens of thousands of Hong Kongers who hold British National Overseas passports - the Brits laid out the welcome mat to desperate Hong Kongers while the NZ Government looked the other way. What a missed opportunity that was..

Our Ministers delude themselves that New Zealand is ‘clean and green’ and laughably, only a couple of weeks ago we were told ‘The world realises we are a safe country’ (safe from Covid that is). Said with a straight face as the country was hit hard by Omicron.

Ministers might think they set the agenda when it comes to immigration but since 2017 the rhetoric from this Government has been one of migrants being less welcome than they were before 2017 because they are to ‘blame’ for some of the major issues of the day (principally the cost of housing and stretched infrastructure). I should add that was not a view shared by anyone I know or speak to including employers. Politicians saw power in their increasingly anti migrant rhetoric because in their world power is won or lost based on how 5% of voters might respond to an issue of the day. They allowed, if not encouraged, immigration to become one of the defining issues in the 2017 election.

Now, when we have falling house prices, unemployment, unofficially, under 3% and every industry or sector claiming their biggest headache in running their businesses, small or large, is finding people to fill skilled or unskilled vacancies, we have a government that has convinced itself it can simply turn the migrant tap back on.

The truth is whatever number they come up the risk now is it’ll fall on deaf ears - the very people this government should want to attract have a world of opportunities given their globally attractive skills and the acute labour shortages in many other equally attractive countries.

And having just spent 8 months in Australia, while I still call New Zealand my home, spiritually and physically, I am not so naive as to think countries like Australia don’t offer the same ‘clean and green’ environment and migrants are just as ‘safe’ from Covid there or Canada or in a dozen other highly desirable destinations.

I have little doubt the bureaucrats will have told Ministers 25,000 resident visas is about right, they will have designed the perfect system for filtering those perfect migrants from the imperfect pack and the marketing geniuses of INZ will have their hand out for millions of dollars as they’ll have convinced their Minister they can ensure that migrant ‘flow’ can be resurrected.

Ministers see what they are told to see and I’ve yet to meet any Minister (bar one) that ever really listened to anyone with real life experience dealing with real life immigrants.

New Zealand might be about to pay a price for that.

How are you Administraction,Am Issa Ndenzako i real safaring here in South Africa,Prease i was asking for a parmishion from you Gorverment me to have right to work in Australia or New Zeland so that i can manage to sorverv. I have try to looking for job oppotunity on line and i gate the job but the problem i dont have a visa right to work in Australia or New Zeland,I speark to Certsy and the told me i have to Aply to you people at High Immigration commishion.I join Aruma olso i gate a job Fuse, Live here,Kreak,Australia Golf centre and many company but i dont have a visa just Y Am safaring.My id or my file number at Pritolia marabastard refugees camp is BRA/008121/06.My freand is show me behaver becouse Am staying to his Apartment House,But i can be better than him wan i can gate visa,Okay Immigration you must have a good Holiday and fantastic day.

I was struggling 2 get visa, I got scholarship from Australia, until nw Il 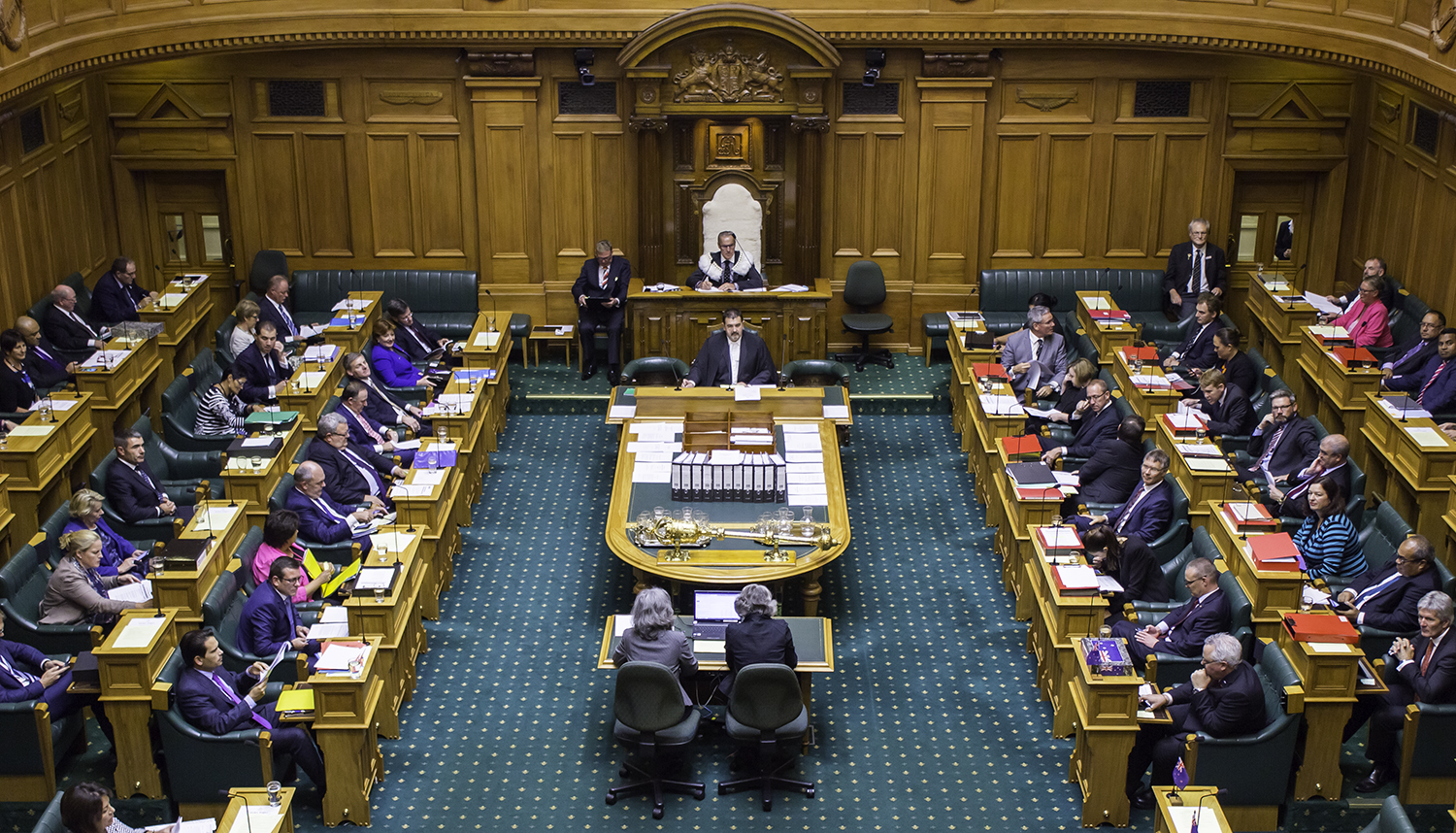