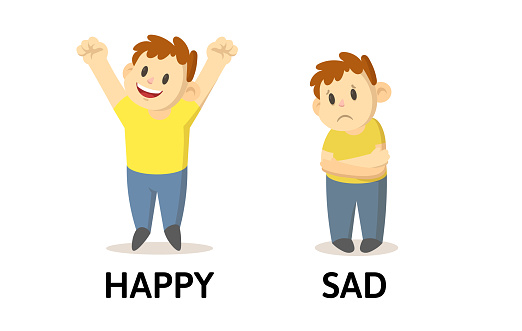 In the last couple of days I received two emails from clients which prompted me to write this blog. Client A was amazed that the process was so quick. Client B was bemoaning the fact that the visa process was taking an eternity. Client A is likely to recommend to friends and family that Australia operates a very efficient skilled migration program whereas client B would probably be advising friends and family of her dissatisfaction at the long processing times. Surely both can’t be right?

We believe what we experience to be accurate, and that forms the basis of our own realities and although our perceptions feel real, that doesn’t mean they’re necessarily factual. Much depends upon the context in which we have our experience.

Anyone who filed a skilled visa to Australia prior to the Covid pandemic would have experienced at least a two-year delay in processing the visa because of Australia’s closed borders and the fact that Australia didn’t want to process visas for those overseas because that would add pressure on quarantine facilities in Australia during the pandemic.

Now that the pandemic is over, borders are well and truly open and with Australia suffering severe skill shortages, and state governments seemingly fighting over themselves to nominate skilled migrants, we are finding the process much faster. Of course, state governments don’t process visas but obtaining state nomination is an integral part of a general skilled migration visa.

The Department of Home Affairs processes visas and we expect processing times of general skilled migration visas to quickly come back to their historical turnaround times.

In some instances those submitting applications now are obtaining visa approvals ahead of the older applications, a situation that is hard to stomach for those that have been waiting for upwards of three years.

It’s not only general skilled migration visas that have been adversely affected by border closures, anyone applying for a temporary skill shortages visa (work visa) would have experienced lengthy delays. Traditionally these visas are processed within one or two months.

Likewise those already living in Australia while the border was closed who applied for permanent residence under certain streams (eg Business/Investor) also saw their visa processing times worsen, likely due to a pandemic related reduction in processing capacity.

Australia and New Zealand haven’t done themselves any favours over the last 2.5 years with the extended border closures and the length of time it has taken to process visas, and there will no doubt be a number of applicants who filed visas that feel hard done by, but it’s not the first time that government policy has unfairly prejudiced applicants and it certainly won’t be the last. I also don’t believe that Australia and New Zealand are unique in this respect.

I remember in the late 1990s when New Zealand changed its policy and adopted the skilled migrant category it offered refunds to those people who had filed visas under the previous policy. Australia did something similar in approximately 2008 but markets have short memories in my 30 years of experience in the migration industry.

The experience you have shapes your perception of the immigration process and how user-friendly that process is. People applying for residence in Australia now would have a very different experience to those that filed applications three years ago.

Some have commented that Australia and New Zealand have suffered reputational damage through lengthy border closures and lengthy processing times of skilled visas but I don’t think that this perception will be long lasting.

Those applying for visas post pandemic are going to have a completely different experience and we are already noticing increasing numbers of people registering for our online seminars and free preliminary assessments. We are also noticing that the quality of applicants have improved significantly.

I have mentioned in previous blogs that ultimately what Australia offers migrants will win out in the end. The lifestyle, opportunities for career progression, standards of living, child development, education and healthcare are unparalleled amongst developed countries.

No doubt New Zealand and Australia have tarnished their reputations for a cohort of applicants as far as their ability to effectively process visa applications, but ultimately Australia will succeed, not because of any policy settings by bureaucrats or politicians but because of the nature of Australian society and the wealth of opportunities that this country presents.

The term used to describe Australia is the "lucky country". It's generally used favourably, although the origin of the phrase was negative in its origin.

At the time the phrase was first coined, Australia's climb to power and wealth is said to be based almost entirely on luck rather than the strength of its political or economic system, despite the incompetencies of the parliamentary representatives. I would add immigration policy to that list.

I would suggest that one could argue that Australia's skilled migration program will succeed because of Australia and as country and its society. Certainly not because of a brilliant skilled immigration policy. 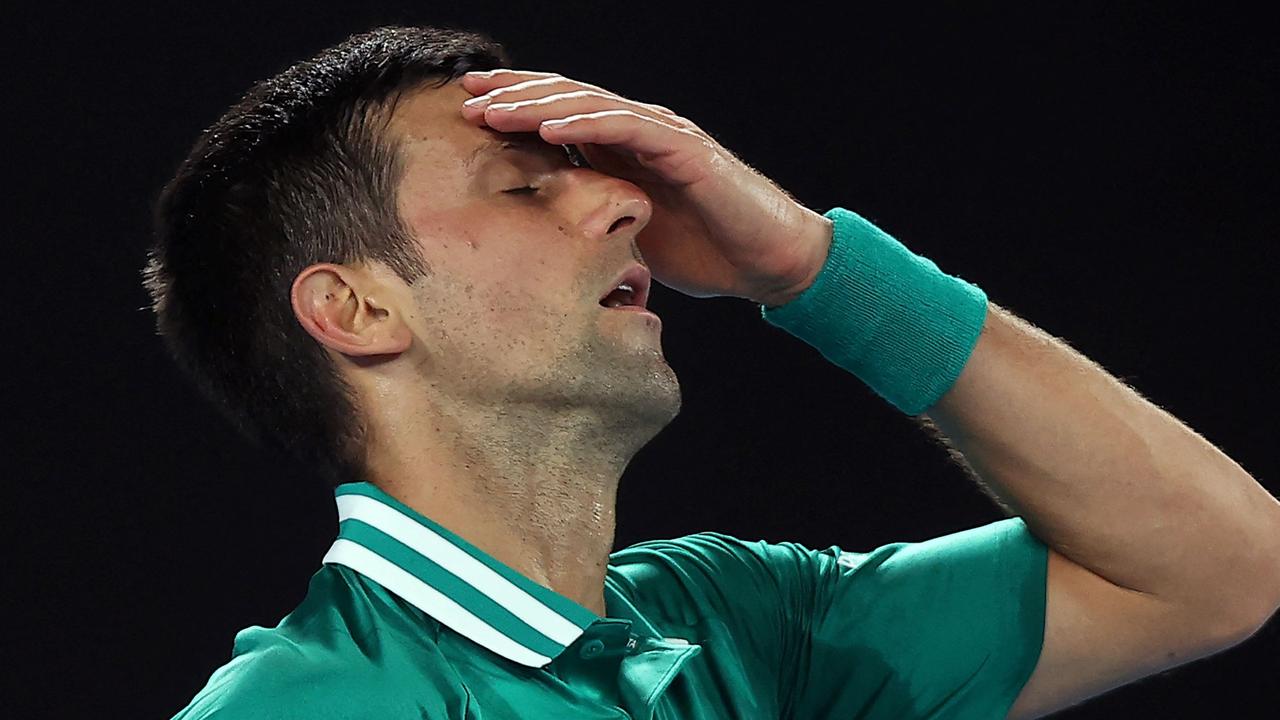 “Australia really knows how to return a Serb” was a joke (meme – I never know the difference) circulating widely on social media following the cancellation of Novak Djokovic’s visa and his subsequent deportation from Australia. I’m sure that he will have learned a few hard lessons about Australia’s visa system and the lengths that Australia will go to enforce the rules and regulations that comprise Australian immigration law. But there are lessons that you can learn from his experience that might be relevant to your circumstances.

1. Australia is a federation of states with federal law and state law but visas are issued by the Australian (federal) government. In order to obtain a valid visa you need to satisfy the Department of Home Affairs which is a Federal Department, not a State Department. While we think we are governed by one central government, the pandemic has shown that state governments have a lot of power when it comes to border control of state borders. One of the major points of confusion in the Djokovic saga was that the state government approved the medical exemption, but the federal government didn’t accept that exemption. Essentially you need both governments to approve your entry to Australia.

1.1 need to check if you are exempt from Australia’s travel restrictions

1.2 check if you can access reduced quarantine requirements and this will vary from state to state so you need to check the relevant states requirements in this regard (and whether or not a specific state requires you to apply for a permit before entering)

1.4 complete an Australian travel declaration at least 72 hours before your flight

1.6 be prepared to present the necessary evidence to airlines and customs.

2. Obtaining a medical exemption to present a Covid vaccination certificate at a sporting event is for the purposes of attending that particular event. It has no bearing on federal and state rules and regulations.

3. If an agent or lawyer has completed a form that forms part of a visa application make sure that you have read and understood all of the answers on the form. You are bound by the information used in your visa application in any document provided even though you may not have been the architect and you cannot use ignorance as an excuse. Djokovic acknowledged that his Australian travel declaration form contained incorrect information and whilst this wasn’t pertinent to the decision to cancel his visa it could have been.

4. No one is exempt from meeting requirements and if the government in Australia would go to the lengths of cancelling the visa of the men’s number one tennis player they would have no qualms about doing the same to you.

5. It makes travel to Australia so much easier if you get an approved Covid vaccination if you are medically able to do so.

6. Djokovic won his initial court case because the immigration rules hadn’t been applied in accordance with judicial fairness however, you have to have very deep pockets and a strong stomach to be able to fight the government if you feel that your application wasn’t considered in a manner that was fair. Djokovic wasn’t the only tennis player to have the visa cancelled, with Renata Voracova of the Czech Republic also had her visa cancelled, and left without the legal battle.

7. Immigration law and policy in Australia is complicated and you need an experienced agent to help you navigate the quagmire of rules and regulations that comprise Australia’s immigration laws.

8. Be careful what you post on social media, especially if it’s an exemption of some type. You could be painting a target on your back.

Notwithstanding the particular issues surrounding Djokovic’s deportation Australia is relaxing border restrictions, on 19 January the government announced a series of visa measures to provide an incentive for fully vaccinated student and working holiday makers to return to Australia as soon as possible to help address current workforce shortages caused by Covid 19.

They also granted extensions to provisional visa holders who are stuck overseas but did emphasise that all international arrivals must be fully vaccinated or hold valid medical exemptions.

I look forward to the day when all of this hysteria associated with Covid 19 will abate but fear it might take a while before the unvaxed are entitled to the same rights and privileges as the vaxed and Australia is not alone in taking such a hard line against the unvaccinated traveller. Until then it feels a bit like living as a Sneetch in a Dr Seuss book.