Posts with tag: Expression of Interest 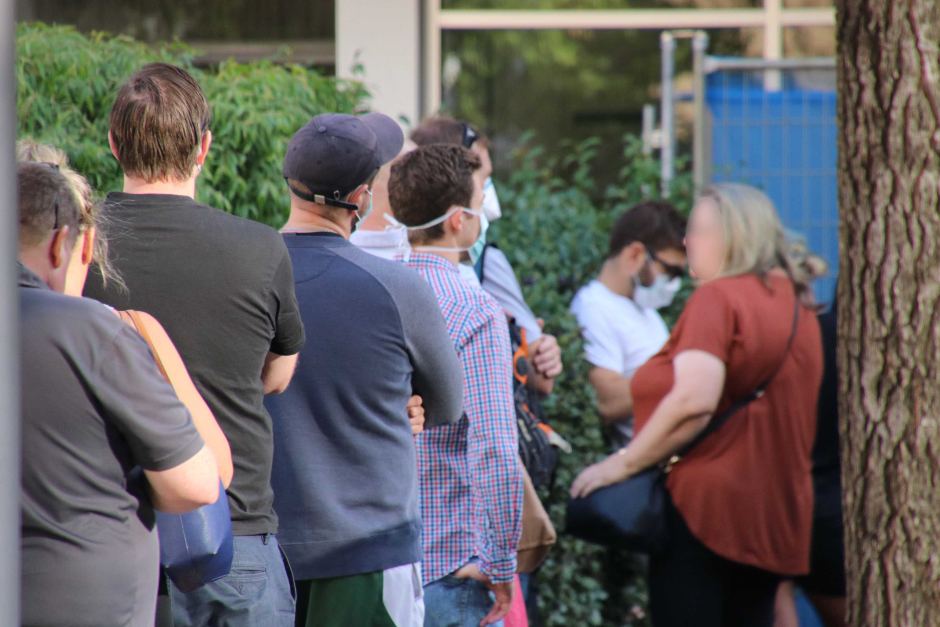 It is coming up 12 months since the NZ Government quietly suspended selections of ‘Expressions of Interest in residence’ from those people wanting to be part of the Government’s much marketed skilled Residency program. Six months ago when the suspension was confirmed officially, the Government announced they would "review" the decision in March this year.

In trying to understand what might happen it is important to first understand what really did happen this time last year to cause selections to cease. Suspension of the category had nothing to do with Covid-19 which is the line trotted out daily inside the Department’s call centre and by Government Ministers but the virus was, as I wrote at the time, a convenient smokescreen. It had everything to do with the fact that three years ago the Labour Party led Government cut the numbers of Skilled Migrant Visas available which built upon cuts by the previous Government 18 months before that.

When you operate a points based system the whole idea is to use the selection point (a floating pass mark which can go up or down) to control the flow of applicants into the system to try and ensure the Government neither undershoots its target nor overshoots it. When Visa numbers were cut three years ago the pass mark should have increased but it did not. That decision ultimately lay with the Minister and for reasons that escape me INZ was allowed to continue inviting significantly more people to apply for residency than they had Visas to give away. Given how much power the Department has and Ministers has ceded, it seems that the obvious consequences escaped all those involved in making the decision.

This cutting of available residence visas but not cutting the numbers of people being Invited to Apply for Residence, resulted in the creation of the processing backlog that we still live with today.  Currently, those Skilled Migrants who do not meet the priority processing criteria, arbitrarily set by the Immigration Department 18 months ago, can expect to wait between 18 - 20 months before their applications are even assigned to an officer to be processed. They take another few months to process the application thereafter. Those deemed to be ‘priority’ are allocated within a fortnight of being submitted. Priority case numbers are small and we were advised this week it is roughly 25 applications on average a week.

Strangely, processing times on non-priority cases have not got quicker despite numbers of Skilled Migrant Category (SMC) Residence applications being entered into the system falling off a cliff, particularly in the last 6 months. Logic says that if you cease ‘selection’ you have no supply of applications so this drying up of applications is no surprise.

So why is it still taking 18 plus months to allocate SMC applications to an officer to process?

The Department explains this as demand for places exceeding the supply which was partially true through 2019 and the early part of 2020 but the numbers in the system today tell a different story. Significantly, in my opinion, the backlog now can in large part be explained by an institutional inability of the Department to process what can be complicated cases but often are not, in a timely fashion. By institutional inability what I mean there is an awful lot of inexperienced Immigration Officers who have little training or understanding of the rules operating within a chaotic management structure with managers (proudly) abrogating any responsibility for understanding Visa rules. It means there are a lot of very inexperienced immigration officers trying to negotiate often complex legal questions. The knowledge pool is ‘shallow’ would be the polite way of putting it. Immigration managers have adopted a 'trust us we are the government' approach refusing to explain or intervene in clearly cruel or inconsistent decisions.

The situation would be a little like the All Black forwards and backs coaching staff telling the team members at practice sessions to read the playing manual and then do whatever they think is right. And still expect to win matches.

Figures recently released publicly show there is currently around 5000 ‘Expressions of Interest’ sitting in the Skilled Migrant pool. That would suggest roughly 12,000 people awaiting selection because each Resident Visa application covers just over two people if all were selected and all were approved.

Numbers have obviously been falling over recent months with the closed borders preventing new ‘blood’ getting job offers in NZ.

That would suggest based on historical norms that if all those people were to be selected in March this year probably 10,000 Resident Visas more or less would be issued. The annual target (or quota depending on what the politicians want to get out of the program) is 25,000 people. Given the numbers sitting in the queue awaiting allocation today that suggests roughly 25,000 approvals if selections were to resume next month.

Figures we recently obtained under the Official Information Act paint an interesting picture of what is going on right now in the lead up to the decision that needs to be made.

The Skilled Migrant program covers those applying under the "points" system and those who are working for Accredited Employers and seek residency following two years of work.

Although there is only one official “stream”, called Skilled Migrant, there is effectively three subgroups created by the Department:

1.       Residence from Work (Talent Visa holders working for an Accredited Employer); or

2.       Skilled Migrant Category priority cases - those earning $106,000 per annum or who work in an occupation in New Zealand that requires statutory registration; or

3.       Skilled Migrant Category non-priority cases – those who don't have a salary as above or do not work in an occupation requiring statutory registration.

Over the past few months, as I predicted in a blog last year, the numbers of Skilled Migrant (points based) applications awaiting allocation and processing is trending towards zero. It wasn't rocket science to predict this, when you have a closed border and you operate a labour market driven policy, it is impossible for most people to find work for the simple reason that employers demand that candidates are in New Zealand. For the statistically minded of you around 94% of all Work Visas granted to those who find jobs and who go on to secure residency, have those Work Visas granted while they are in New Zealand. Proving the point that if you want a job you need to be here but as long as the border is closed that isn't going to happen. So numbers are starting to fall off that cliff.

Again, there is an historical reason for this. In late 2019 the Government increased the minimum salary required to get Residency from Work for those on Talent Visas and working for an "Accredited" Employer, from $55,000 to $79,560. The market had expected such an increase for some time (we predicted it roughly a year before it happened and got the salary number almost right) and therefore many people who might not have applied for residency, rushed to file under this pathway because they knew they’d never be paid the higher salary.

In the six months to June 2020 there was an inflow of roughly 600 to 650 SMC (points) Residence applications per month that needed to be processed. Over the same period there was roughly 40 Residence from Work each month. By January 2021 the numbers of non-priority SMC applications being accepted into the system plummeted to around 30 a month. Residence from Work numbers however had ballooned to the low hundreds each month. A complete reversal from the year before.

In terms of Resident Visas being issued the numbers have effectively cancelled each other out even though the ‘Resident Visas issued’ trend is, down.

Which can mean only one thing. The Government needs to start selecting those Skilled Migrant Category Expressions of Interest sitting in the pool next month.

They will be cognisant of the two-year time lag however between the rush of Residence from Work applicants who filed applications before the salary level increased at the end of 2019 which should start to show up in the processing system now (I’d speculate that the increase in numbers awaiting allocation is a reflection of that already). I don't think then there will be a tsunami of applications toward the end of the year because people like us had worked out a long time before that salary increase in October 2019 that it was coming. We advised all those who could file their Residency applications to do so.

Regardless, we were advised by a Senior Immigration Official back in October 2019 that in the month or so before the new salary threshold of $79,560 was put in place the Immigration Department received between "3000 and 4000” ‘Resident from Work’ Visa applications.

This I think will result in an increase in ‘Resident from Work Visa’ approvals this year and early next. That ‘blip’ however will not compensate for the fall off in Skilled Migrant ‘points' applicants if selections do not resume soon. The Government won’t reach its annual target/quota of 25,000 people.

The Immigration Department is going to start to run out of work by early 2022 if they don't reopen the selection process next month. They should, based on their own advice, have allocated all the non-priority Skilled Migrant points case systems within a few months. By the end of this year the number of Skilled Migrant cases awaiting allocation in their system will be virtually zero if selections don't resume soon.

Which makes the decision the Government has to make about whether to resume pool selections a very interesting one. If it is a mathematical decision, as the points system is because it's an annual numerical quota/target of 25,000 visas to be issues for economic reasons, the decision is easy. Selection must resume with a pass mark of 160 or even less (but in my view there is no way I'll drop the pass mark even with skill shortages and unemployment locally falling).

This Government has shown itself to be increasingly anti-migrant and Covid was the smokescreen used by the Immigration Department to try and solve their backlog issues and the politicians went along with it, I suspect for reasons of convenience (I shudder to think it could be ignorance of their own immigration policies and processes).  Because OF the popular narrative, stoked by Labour Party politicians, that laid the blame for skyrocketing house prices on the rate of inward migration means they can hardly be seen to be 'opening up' now. (Which is ironic because since the border closed and nobody can be granted a permanent stay in the country if they aren’t already here, property values are up by 20%).

The numbers make this a political decision, not a mathematical one. Political decisions are often divorced from economic reality but if the selections do not resume you'll now know why.