I for one am glad that Donald Trump’s second attempt at his travel (Muslim) ban has been blocked by Federal Judges in Hawaii and on the US Mainland.

If he really did want this to protect national security there’d a whole lot more countries on the list than the ones he (and before him, the Obama Administration) identified – like the ones that raised or harboured the 9/11 NYC attackers.

It did get me thinking though about the issue of migrant ‘compatibility’ when we talk - not of people studying, holidaying or visiting friends and family in countries like the United States or New Zealand - but settling permanently.

Yesterday I listened to an interview on the radio with two women who run a not for profit ‘refuge’ for migrant women and children from ‘Asian, Middle Eastern and African’ cultures. They help women and children who might be victims of physical abuse. They were seeking minimal fundIng from Government as many other refuges get but had been turned down. Government suggested they were duplicating services already in place. They argue that their customers had special cultural needs not being met by 'mainstream' refuges.

I don't think it any great surprise to those of us who work with migrants beyond simply securing visas as most advisers do that it stands to reason there may be greater settlement and dislocation issues with migrant women and children from areas less like NZ than for immigrants from other areas.

This is an issue I am not sure policy makers consider when they think about the ideal migrant - no points system can account for cultural difference – to raise the issue risks being accused of being racist or xenophobic.

Perhaps, however, we should suck up the accusations and think it through from a permanent residence perspective. Should our points and other assessment criteria take account of culture - the less like ours it is the fewer points might be awarded. I can imagine the bunfight if you even suggested it but it has some merit for all those involved.

I reminded myself I am the guy that in the context of identifying my own clients ability to settle well and relatively quickly including finding work that I stress at seminars the importance of culture and language to the process before and after you get to a country like New Zealand (and Australia).

Securing employment is more about those two things than anything else, ‘trumping’, if you’ll excuse the expression, skills shortage or skills demand.

The five factors I have identified that determine the speed with which my clients find work are in descending order of importance ‘being in New Zealand to show employers they are serious; English language ability; being ’culturally compatible’; having a ‘resilient personality’ followed by ‘demand and skills shortages’.

I expect the reference to English language ability is obvious – this is still predominantly an English-speaking country and while there are thousands of employers (particularly in Auckland) who speak other languages, most employers only speak English.

Given most migrants require highly skilled jobs to secure residence then many are applying for more middle or senior level ‘white collar’ jobs where cultural compatibility (perceived or real) becomes even more important. Employers and recruiters ask themselves ‘If I put that candidate into that management role is that going to work from a cultural perspective? Will he/she get along with and understand local workplace practices and cultural norms?’.

Such a view might be outdated in a globally connected world and in a big, cosmopolitan city like Auckland, but I see it at work every day. Like it or loathe it, it is real. Part of the human condition. We learned this behaviour when a strange hairy looking guy arrived at the cave mouth 200,000 year ago speaking in a language we didn’t understand. We are programmed to be cautious (and back then probably just hit him over the head with a club). It might be subtler today but the ‘caution’ switch in our DNA was set to 'stranger danger' long ago.

So, it stands to reason that the more ‘different’ from the dominant culture you, your wife and children are when you want to migrate, the greater the stresses at play when it comes to settlement.

I am often asked why I go to South Africa, Singapore, Malaysia, Hong Kong and more latterly Doha and Dubai to identify those that might wish to migrate to NZ. The answer? All (apart the last two) are ex-British colonies and with that usually usually a high degree of English language fluency and a greater degree of cultural ‘fit’ because institutions, education and ‘social norms’ are closer to New Zealand or Australia.  In terms of the UAE our target market tends to be British, South African and US ex-pats who at the end of their tax free ‘tour’ may not wish to return home. So, in effect, even there we are identifying those that New Zealand employers are more likely willing to employ and who are more likely to settle ‘better’ or at least more quickly.

I should add Filipinos, Indians and a few others to that list who come to us via Singapore and Malaysia in particular – the difference with them is that they usually have very good English and are employed in a predominantly English speaking working environment – so in effect have ’passed’ the same 'integration' test in a society more like New Zealand's. Consequently, virtually all our clients coming to NZ to get jobs and succeed at a rate of about 95%.

The interview with the NZ refuge operators also raised the issue of Generation 1.5, which refers to the children of migrants. I often speak of the impact on children who might have been born overseas but come to settle with their parents being not of the same ‘culture’ as their parents but nor truly ‘Kiwi’, whatever that is, and the issues this can create within the family.

One thing is for sure, the younger they are when they arrive, the more Kiwi they will be. The process is very quick and seldom takes more than about six months.

It can be a different story with some teenagers however.

At that difficult period in their lives identity issues become more prevalent and their peers usually become more important than their parents (been there, done that, got the scars - and mine were born here!). If they have parents who (understandably) are rooted in a culture with values the children no longer share or never had; it stands to reason that there can be real inter-generational conflict issues that may develop.

And that is where the refuge comes in. They weren’t for a second suggesting that all migrant teenagers end up seeking help after a big blow up with their parents, but I can see it being an issue some of the time for some migrant families.

Dare I suggest it, where the parents come from a country with very different cultural norms and expectations of children than we have of our own ‘home grown’ offspring, the chances of this happening surely increases.

I am sure most parents of recently arrived South Africans, Brits and the like have pretty much the same teenage issues that I had with my boys. If, however, I was from a country where for example it is normal for me as a parent to choose a partner for my child - something outside of the New Zealand cultural norm - it stands to reason a NZ raised child is likely to fight back.

That is something that I am not sure most parents ever contemplate before they emigrate ‘for their children’s future’ (the rationale I am most often given for the move). You want your children to have the education my children got - the free and easy lifestyle of Kiwi children, the wide-open spaces and freedom to explore, develop and grow - but when they do, it can in some cases lead to real family tension.

It is important that migrating parents recognise this. Your children will not be just like you and will unlikely identify with your cultural norms. You need to let that happen to avoid potential outcomes you never foresaw.

There are other ways, beyond thinly veiled racist bans (a la Trump) in my opinion to send signals to potential migrants about being careful what you might wish for if you are intending to settle somewhere else. 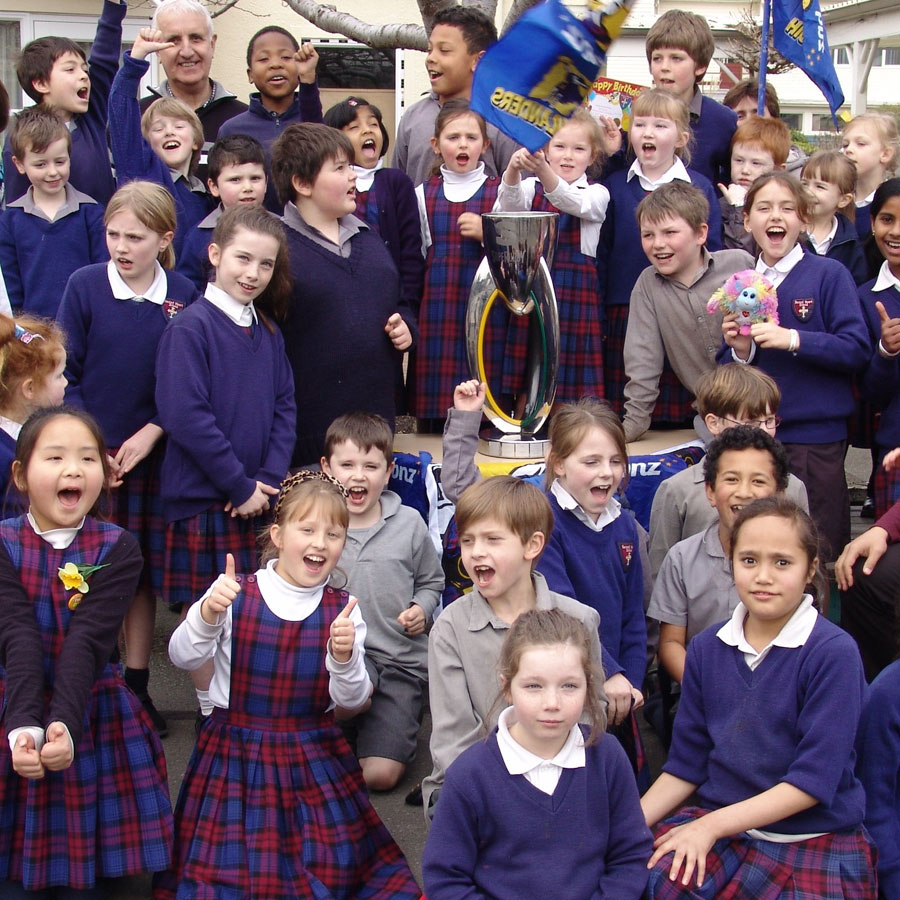