What we saw last week was part two of what, to me, is a very obvious and well-crafted plan to extricate the Government from the indefensible position over international students and the promises they made them with as little fallout as possible. We do have population pressures and particularly in ...

What we saw last week was part two of what, to me, is a very obvious and well-crafted plan to extricate the Government from the indefensible position over international students and the promises they made them with as little fallout as possible. We do have population pressures and particularly in ...

It took about a week after the Government announced its changes to Skilled Migrant policy and announced a review of temporary work visa policy for the message to finally get through to the mainstream media that things might not be quite as they at first appeared.

Why the Government did what it did and who it was really targeting was, in my view, actually quite different to the press statements.

I get an ironic chuckle the way a 24 hour, first-to-report-the-story news cycle meant that the way the Government ‘sold’ these changes was swallowed hook, line and sinker by the media and of course in this online and connected world of ours, on social media platforms around the world. Chat groups and forums are still full of jibber jabber about doors closing, migrants being unwelcome and more.

We are in an election year and the two smaller but main opposition parties are calling for cuts to migration levels. One always did and is rewarded every four years with 8-10% of the popular vote. The other, always strongly supported by migrants, should simply be ashamed of itself. They are polling in the low 20% and are of course a desperate five months out to lift their support (but anyone who is ‘anti’ immigration will likely vote for the other ‘anti’ immigration party).

Naturally, neither are being specific about which categories of immigration they’d cut or in what numbers.

There is no doubt there is real pressure being brought to bear on the Government to ‘do something’ about infrastructure pressure in Auckland; clogged freeways and rampant house price inflation caused by the fact that...it’s a great place to live!

The economy is performing strongly, job growth is strong for the skilled, fewer Kiwis are packing their bags for overseas, more Kiwis are coming home and more Australians are joining them (there is a downside to every boom I guess!), pleasant climate, great public education and healthcare; the list goes on. Every year tens of thousands of wannabe kiwis want to join us.

How true is it that the changes announced last week represent some seismic shift and tightening...or indeed, any tightening at all?

The answer is pretty clear – the Government never announced any cuts to skilled migrant numbers.

Late last year the Government announced a modest, margin of error ‘cut’ to our overall residence programme which covers all migrants coming to NZ under all categories; not just the skilled. The two year residence programme was cut from 90,000 plus or minus 10%, to 80,000 - 85,000 plus or minus 10%. Do the math. The number of visas issued over the period may well be exactly the same.

The number of places available for skilled migrants has within that remained exactly the same – 27,000 plus or minus 10%. As it has for the best part of a decade. That did not change last week. An important fact that seems to have been missed by pretty much everyone in the media.

So if the numbers of skilled, investor and family migrants is going to be pretty much the same next year as it is this year then what is actually going on?

Again, I’d suggest it’s pretty simple. There are more people chasing those 27,000 skilled migrant places than ever before. Demand exceeds supply and that requires fine tuning from time to time to control the inflow.

Over the past two years the numbers of international students treading the promised pathway to residence has been climbing. These youngsters were increasingly jostling with older and more experienced skilled migrants.

We simply don’t have room for them all (apparently).

If there was only one resident visa left of that annual 27,000 to give away and there were two applicants on 160 points, which one is better for NZ if one was a 23 year old international student, recently graduated from Auckland University, no work experience but managed somehow to secure a job offer in Christchurch as a Retail Manager paying $38,000 a year? Or is it the 35 year old Software Developer with a degree in IT, ten years’ experience and a job paying $120,000?

The answer is pretty obvious. The Software Developer. Trouble is the Government promised and marketed a study to work to residence pathway to international students. Creating in the process a $3 billion dollar a year industry employing 35,000 New Zealanders. As of last year something like 127,000 were in the country. Half leave at the end of their study. The other half want to stay. There are only 27,000 places for all skilled migrants available. Again, do the math...

So, what did the Government do last week?

They announced that those under the age of 30 will get fewer points for their age, all their work experience will need to be skilled to attract points and unless the job offer in NZ pays $48,800, the job would not be deemed skilled and there is no pathway to residence.

Who does that impact? The older software developer looking to come here or the young international graduate entering the labour market?

The country will still get 27,000 skilled migrants but there will be a slight shift that favours those over the age of 30.

No cut to numbers though. Just a change in the ‘mix’.

Pretty obvious really and if you were a political spin doctor you’d be sitting back this week adding another wee drop of whisky to your glass and admiring your handy work.

You’d be thinking – it’s election year and immigration is a hot topic globally. Brexit started something; Government is getting it in the neck over not investing enough in infrastructure;   Aucklanders are getting grumpy over their traffic woes; sky high house prices are an issue...

One piece missing – immigration. Migrants drive cars. Migrants stay in houses. Migrants are different to us.

So – announce a tightening to migration and let it be (mis)interpreted as a cut to get one headline out in front of the people – ‘New Zealanders First’!

I have to say I actually admire their gall.

Having created the problem of encouraging all those students to come here, they have been quietly pushing the knife into them for the past six months which, for the most part, the students never even felt (pass mark raised to 160 in October to ‘flush’ the pool of these youngsters). Most of these students think the cuts are to other immigrants and not the stinging in their own back.

What we saw last week was part two of what, to me, is a very obvious and well-crafted plan to extricate the Government from the indefensible position over international students and the promises they made them with as little fallout as possible.

We do have population pressures and particularly in Auckland but what great problems to have? We are a ‘victim’ of a strong economy for which the government deserves some credit; interest in settling here has gone through the roof, Kiwis don’t feel like leaving, more are coming home and we only have room for so many new migrants and the government is right to be choosy.

Trouble for me is no NZ Government ever seems to have any sort of end plan when it comes to immigration; we have no population policy (and immigration is a poor substitute), we have all these students coming seeking residence, we have around 70,000 young Holiday Working Visa holders having a great time - many of whom are seeking residence and we only have 27,000 skilled resident visas to give away.

What I cannot for the life of me work out is why the Government has not put the lid on these tens of thousands of young Holiday Work Visa holders.

At least the international students are spending big money to be here, are part of multi-billion dollar export industry and many are studying courses we cannot fill with our own young people.

At the same time the export education industry is going to be under severe threat if they don’t switch their focus to more ‘high value’ areas like Engineering, ICT, Medicine, Health and Architecture where entry level salaries will be above the newly announced minimum of $48,800, because thousands of students will go to other countries if the barriers to long term residence are lower.

In the meantime, if  there was going to be anyone ‘cut’ from the pathway to skilled migration the Government should be focussing on putting limits to Holiday Working Visa numbers.

That would be a ‘cut’. But last week was a fine tuning, dealing with the international student ‘problem’ and anything but a cut to skilled migrant numbers.

Thank you Iian, that has put my mind at ease.

thanks for the insights! 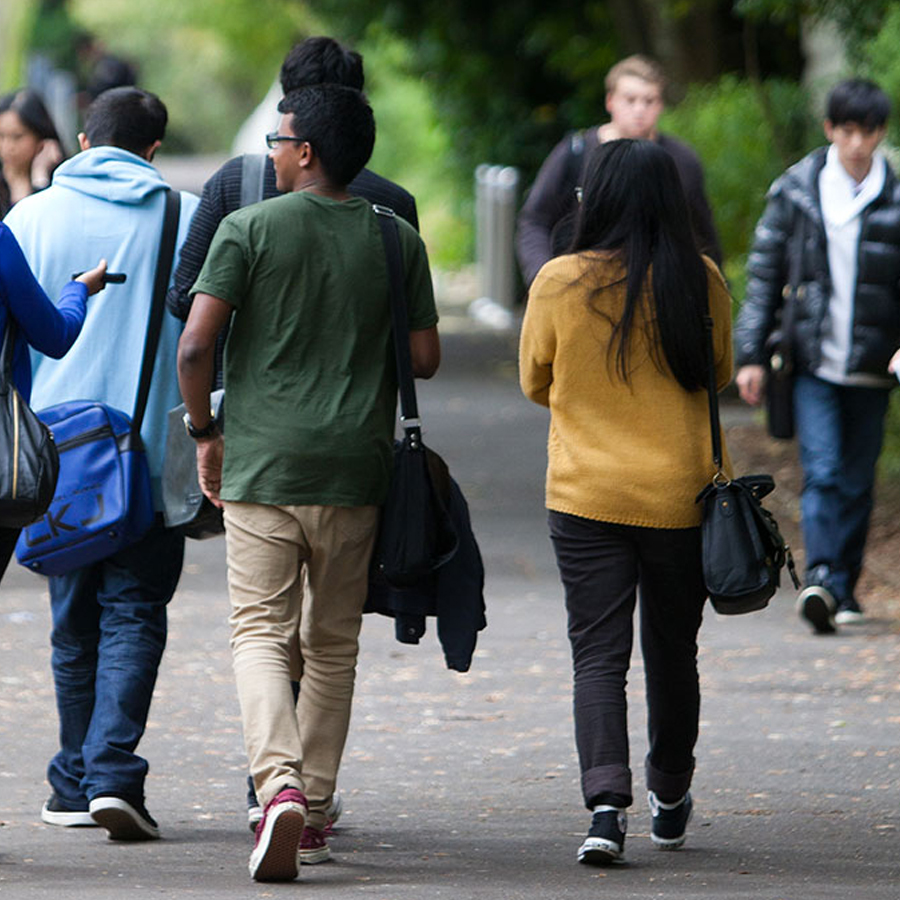