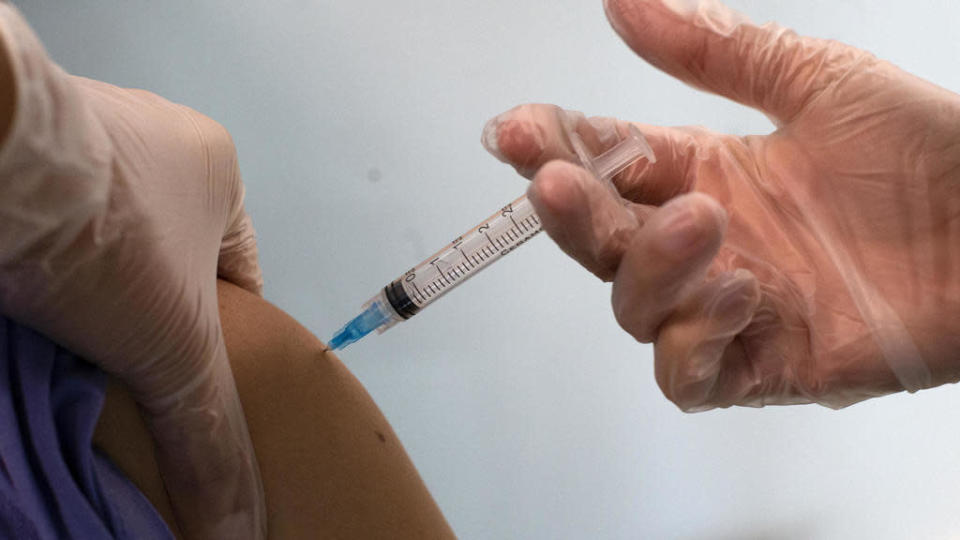 Melbourne is in the grip of its 4th lockdown, I kid you not. It’s also fairly severe, level 5 for those of you who are unfortunate enough to be up with the play on levels of lockdown it’s a relative biggie.

One of the five legitimate reasons to leave one’s home was to receive a Covid vaccination or jab so I was quite looking forward to my excursion to leave the home and do my bit for a return to normality.

With so much vitriol in the air I felt almost guilty to find the process to be relatively stress-free. We weren’t able to book online (unbelievably we still have to use a telephone to make the booking) but attended one of the vaccination hubs in Melbourne and after a short registration process and questions, my wife and I received our jabs. Apart from a sore left arm the whole process was completed in less than 30 minutes.

We received the AstraZeneca vaccine because those 50 plus were not allowed to have the Pfizer vaccine, the latter being reserved for younger Victorians because of issues associated with blood clotting. Apparently I’m getting more resilient with age :-).

Apart from a sore left arm and some flulike symptoms experienced the next day (which a Panadol cleared quite quickly) I felt fine. I did however experience an uncontrollable urge to purchase Microsoft products but health experts tell me that it’s purely coincidental.

It’s hard to criticise a system that provided such an efficient vaccination process especially when it’s free (although one could argue that any time you pay taxes nothing is free) when there are many people in the world unable to obtain Covid vaccinations. However, as one of our consultants mentioned to me, we shouldn’t judge Australia by Third World standards, we can and should do better. Australia's success in keeping COVID from taking hold has made the nation the envy of the world, but the slow pace of the rollout has caused frustration and confusion.

In fairness to the Federal government the Therapeutic Goods Administration (TGA) only granted provisional approval in February 2021, later than several other overseas countries and the Prime Minister’s initial comments in describing the rollout program as not being a race nor a competition have undoubtedly come back to haunt him.

The management of the pandemic has been complacent and slow with no new quarantine facilities being built, and the government missing its vaccination targets to such an extent that the army has been called in to oversee the rollout.

There is also no excuse for not protecting some of the most vulnerable people in society such as those in residential aged care, those requiring disability care and those working in this sector. It’s only since we had the recent Covid outbreak in Melbourne and the subsequent lockdown that increased supply and the opportunity of vaccination has been ramped up to this vulnerable sector of the Australian population.

But perhaps the lockdown in Victoria did have a silver lining in terms of eroding the aura of complacency in not only Victoria but the whole of Australia with a much faster uptake of vaccines on the part of the public. Thanks largely to an early closure of Australia’s borders to China at the outbreak of the pandemic, we’ve been well protected and lucky in Australia, and it has to be said complacent.

Approximately 40% of all Covid vaccines in Australia have occurred in Victoria and vaccination numbers comprising of at least 50,000 doses on repeated days occurred in the wake of the recent Victorian outbreak. Those aged 40 – 49 are now eligible for the Pfizer vaccine.

It seems that Covid is going to be with us as a species for a long time and with increased pressure to be reducing travel restrictions, the harder it will be to contain the spread of the virus. The only way that the politicians, whether they be federal or state, will ever allow us to have a sense of freedom is if the vast majority of the population in Australia become vaccinated.

Getting a Covid jab is a bit like immigration, at some point one has to weigh up the pros and cons and take a leap of faith and as a director of an immigration consultancy, I have a strong vested interest in returning Australia to welcoming the influx of large numbers of international travelers, including skilled migrants, the bread-and-butter of our business. So Aussies, new and old, I urge you all to roll up your sleeves, don’t think about the size of the needle and step right up.